I finally decided to finish some old 15mm miniatures that I have had lying around for years and painted later Carthaginian army. Models were from Corvus Belli, but they have since discontinued the range and are more focused on their own games. Totentaz Miniatures are producing some of Corvus Belli models with license, but later Carthaginians don’t seem to be part of it. 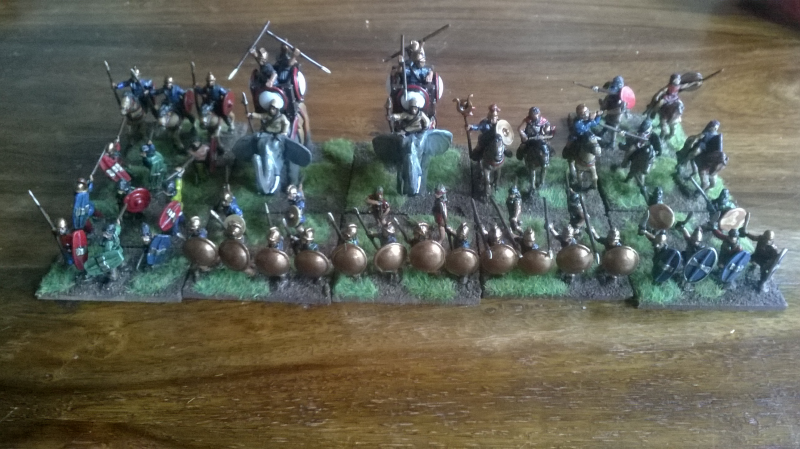 The army has nice mix of units, psiloi, spears and warbands being the most common. Most imposing looking models are two elephants, with howdahs housing two warriors.

I went with simple colour schemes and didn’t use any shield transfers. Broze shield still turned out nice though.

The army doesn’t have options for general, it’s always a cavalry unit. In addition, there’s two light horse units and one cavalry (not pictured). One could try creating a wing from them, explot weak flank of the enemy and strike from behind like happened in Cannae, (not that I have actually played that many DBA games, but it sounds like a fun idea). 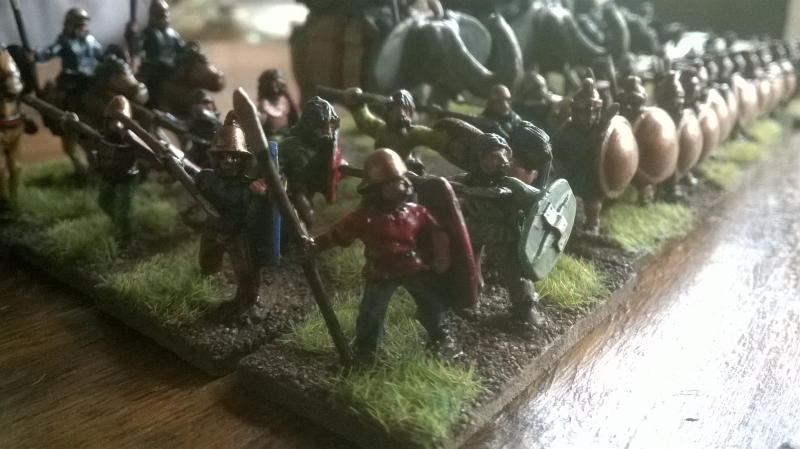 Three warbands I painted with various colours of pants and shirts (some are even shirtless). I like these fellows as they’re kinda dynamic looking and two or three stands behind of each other gives feeling of big warband just charging at the enemy. 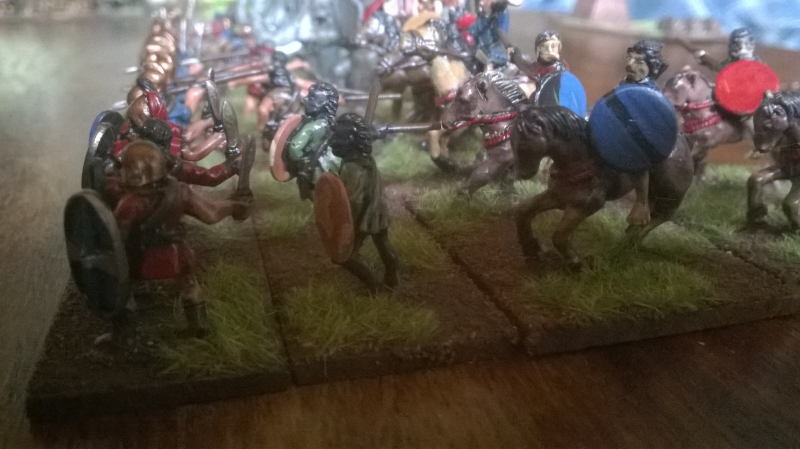 Final shot from the other end of the battle line showing (from front to back): auxilia, psiloi and two light horse units.